"Take my love, take my land, take me where I cannot stand. I don't care, I'm still free - you can't take the sky from me." ("Firefly" Opening-credits)

"Though I lack your power, I will still persist." (Larsa Solidor - "Final Fantasy XII")

"Die and be free of pain, or live and fight your sorrow!" (Auron - "Final Fantasy X")

"Where is it written, that all our dreams must be small ones?" (Byron - "Babylon 5")

"It's the quiet ones that change the universe, the loud ones only take the credit." (Londo Mollari - "Babylon 5")

Those that do backups.

Those that have never had a hard drive fail."

"Respect the privacy of others.
Think before you type.
With great power comes great responsibility."

"2 hours of trial and error can save 10 minutes of manual reading." (unknown)

"Unix was not designed to stop users from doing stupid thing, as that would also stop them from doing clever things." (Doug Gwyn)

"Some men see things as they are and say why. I dream things that never were and say why not." (George Bernard Shaw)

"There are worse crimes than burning books, one is not reading them." (Joseph Brodskey)

"The whole problem with the world is that fools and fanatics are always so certain of themselves, but wiser people so full of doubts." (Bertrand Russell)

"When two opposite points of view are expressed with equal intensity, the truth does not necessarily lie exactly halfway between them. It is possible for one side to be simply wrong."  (Richard Dawkins)

"We are a way for the cosmos to know itself." (Carl Sagan)

"There is not enough darkness in all the world to put out the light of even one small candle." (Robert Alden)

﻿"Just because you can't do everything doesn't mean you should do nothing." (unknown)

"There is a life before death." (unknown) 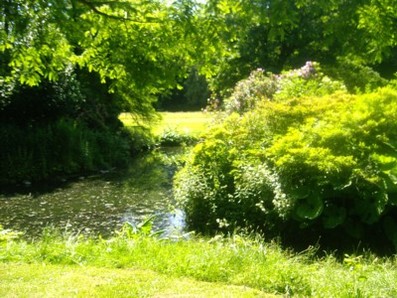 "Why is it that, as a culture, we are more comfortable seeing two men holding guns than holding hands?" (Ernest Gaines)

“The animals of the world exist for their own reasons. They were not made for humans any more than black people were made for white, or women created for men.” (Alice Walker)

"Animals are my friends... and I don't eat my friends." (George Bernhard Shaw)

"A child that starves today was murdered." (Jean Ziegler)

"I am against religion because it teaches us to be satisfied with not understanding the world." (Richard Dawkins)

"I’m sorry if my atheism offends you. But guess what – your religious wars, jihads, crusades, inquisitions, censoring﻿ of free speech, brainwashing of children, murdering of albinos, forcing girls into underage marriages, female genital mutilation, stoning, pederasty, homophobia, and rejection of science and reason offends me. So I guess we’re even."  (Mike Treder)

"If you’re a black christian, you have a real short memory." (Chris Rock)

"You're basically killing each other to see who's got the better imaginary friend." (Richard Jeni)

"Give a man a fish, and you'll feed him for a day; give him a religion, and he'll starve to death while praying for a fish." (unknown)

"We are all atheists about most of the gods that societies have ever believed in. Some of us just go one god further." (Richard Dawkins)

"If Atheism is a religion, then health is a disease." (Clark Adams)

"It ain't the parts of the Bible that I can't understand that bother me, it is the parts that I do understand." (Mark Twain)

"I'm not convinced that faith can move mountains, but I've seen what it can do to skyscrapers." (William Gascoyne)

"When did I realize I was God? Well, I was praying and I suddenly realized I was talking to myself." (Peter O'Toole)

"Primates often have trouble imagining a universe not run by an angry alpha male." (unknown)